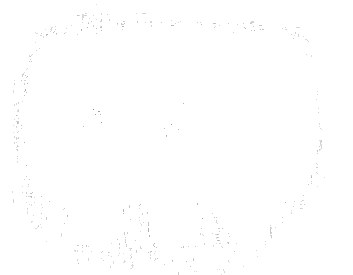 Toolbox http://www.toolboxrecords.com
At least Lingouf puts out a vinyl ! After 2 superb Cds… Nothing as good as this since a long time. Banging hard and cleany noises, industrial Strenght style upgraded with some frenchcore tricks. This record will make dance the Hardstyle lovers AND the schranz lovers… itr’s the perfectio nof the dancelfoor noises. ENJOY !

Connexion Bizarre http://www.connexionbizarre.net
The French artist Lingouf proves on so many different levels that he is an outstanding member of the electronic music and electronic arts related industry. If you realize the different levels he is working on, you can only be impressed.
First the music: Since 2005 he has released one album each year, and where previous labels were Teknomad Records and Ark-Aïk, it resulted in the “Area Keloza” album being released in 2008 on none other than Ant-Zen. Compared to that album, which is probably his best-known release, “Kovoclak” is more playful – or mentally disabled if you prefer.
The three tracks, with a total playtime of over twenty minutes, each have a distinctive signature. “Aaciigeti” opens side A and has freaking leads and bass lines, while “Bruididge” is a bit easier to the ear (if one could compare hydrogen bombs to nuclear missiles, that is). As the title already suggests there are a few sounds recognisable as ‘once-upon-a-time’ didgeridoos. The reverse side contains a twelve-minute opus entitled “Vugi Ojoh”. It is a collection of insane beats in various measures containing thrusting accents. Dance floors all over the world will be either filled up to their limits or the audience will look at the respective DJ like he or she has lost it.
Back to Lingouf, the artist. The artwork keeps reminding me of children’s stories by Richard Scarry, Sesame Street, and in particular “Where the Wild Things Are”, by Maurice Sendak; each of these earns kudos for educating children as well as disturbing their dreams. You will also have to check out his website, because where he stands as an artist in that field is very, very impressive.
Finally, Lingouf has a particular view on electronic rights management, which gives him many other plus-points. This 12″ was released on vinyl under a Creative Commons license, which shows he definitely knows what he is doing.
Somebody once said to me, “It sounds like a pack of fluffy but insane bunnies armed with steak knives while high on speed & LSD going on a murder spree. Sort of an even more twisted version of Happy Tree Friends”, and it is very hard for me – your humble narrator – to top that description.  Bauke van der Wal